She finds herself in an ogre settlement and has to fight her way trough…
I was asked to create a three page comic with a postapocalyptic theme. It was planned as part of the markeking campaign accompaning of the launch of a german clothing brand.
*SPOILER*
As the client would pay 3 pages only, the story had to move on very fast: Show the world, introduce a monster, get to the action part, kill the ogre and find the elixir.
*END SPOILER* 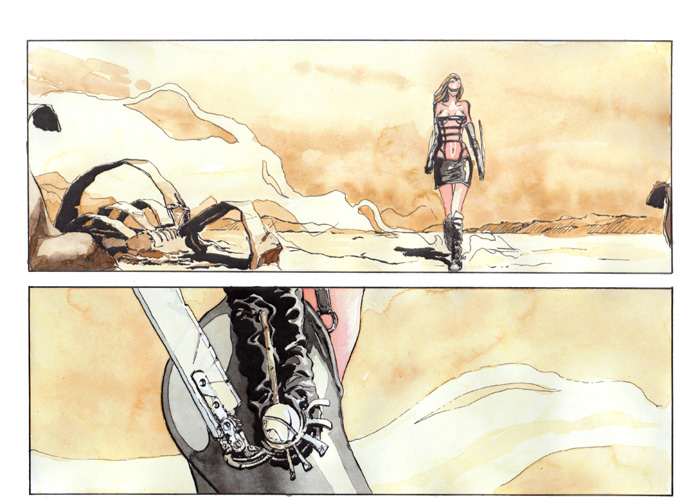 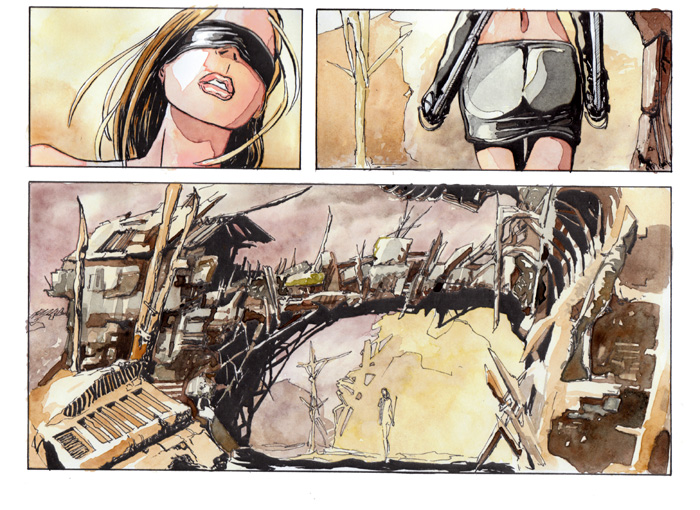 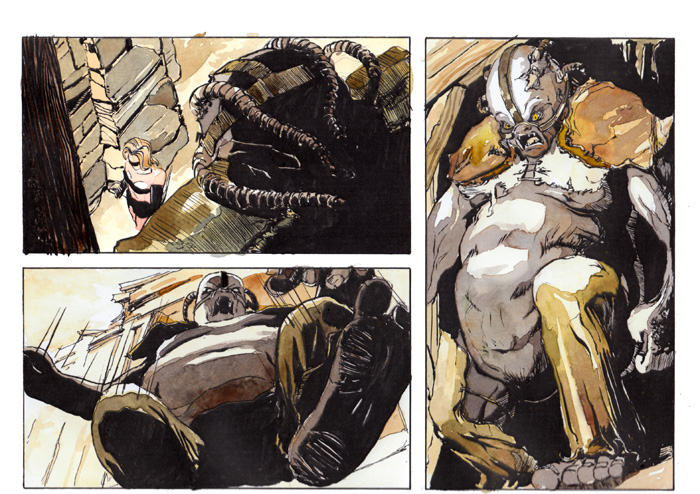 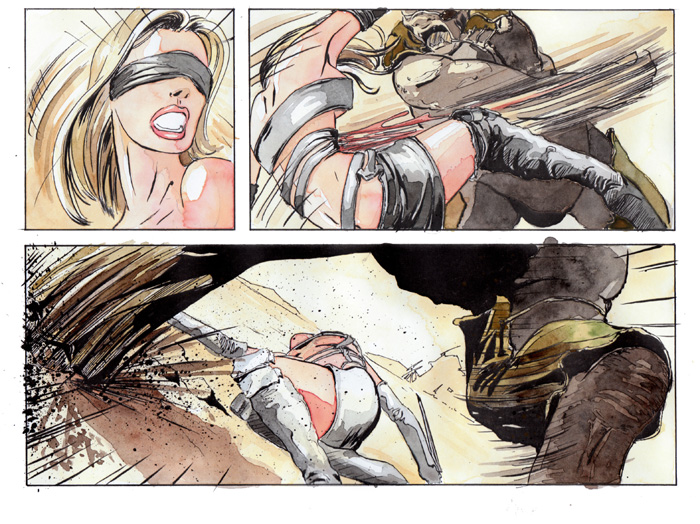 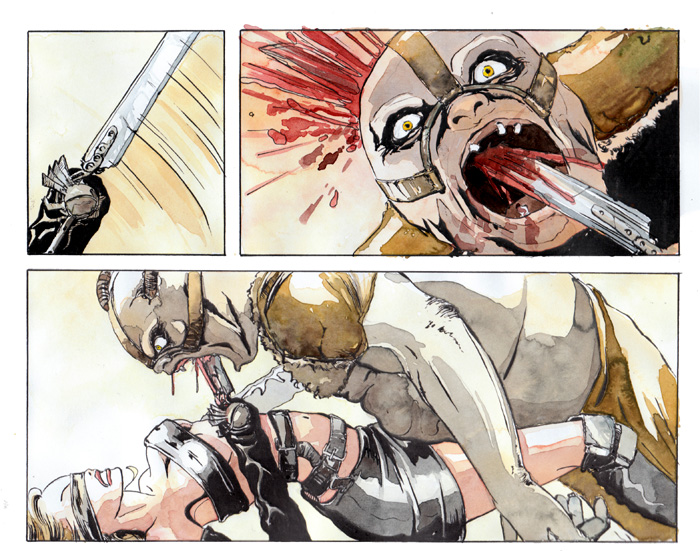 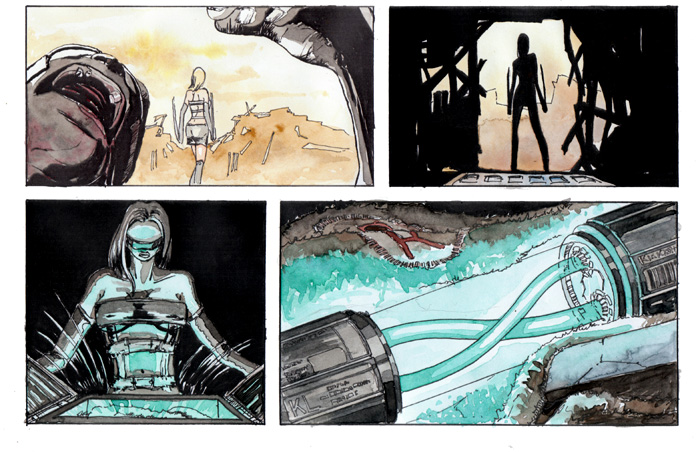