Based on Lowe GGK’s concept for Merkur´s ecological sustainability campaign John Brito created an animated tv spot.
The commercial was produced by Sabotage Films.
The campaign’s illustrations can be seen here.
Below is a still of the animated commercial.
Click here to view the clip. 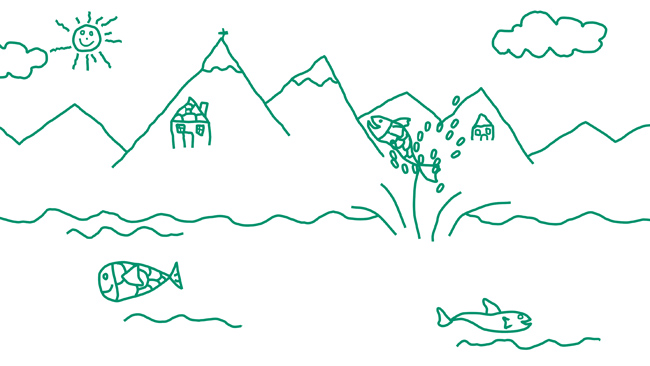